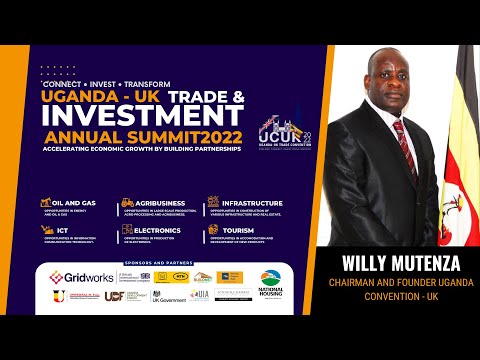 Our Queen Elizabeth II has passed away yesterday, 8th September 2022. All members of the organising committee of the Convention wish to express their sadness at losing our Queen so suddenly.

Despite this very sad occasion, we wish to confirm that the Convention will go ahead as planned on 10th September 2022.

It will be an opportunity to remember the rich history that binds Great Britain and Uganda, which is reflected in the reasons why the Convention is such an important event to further strengthen economic ties between both nations.

It was an honour, this year, to be able to welcome His Excellency President Yoweri Kaguta Museveni, the President of Uganda, and Honourable Janet Kataaha Museveni, the First Lady of Uganda & Minister of Sports & Education.

However, due to the passing of Her Majesty The Queen Elizabeth II, His Excellency The President will not be able to appear in person but will participate virtually.

Now in its twelfth year, the Convention has gone from strength to strength. Back in 2005, my good friend and mentor Major General Kasiita-Gowa and I were discussing how those in the Diaspora can especially contribute to the pearl of Africa.

I shared this dream in a meeting we had with General Kasiita-Gowa and the Prime Minister back then, who shared it with His Excellency, the President.

I was excited to receive an invitation from His Excellency President Yoweri Kaguta Museveni, to visit him and share the dream further.

It is His Excellency’s letter to me in 2005 that gave me the courage and made me believe that the idea of organising an investment summit was a great initiative and would make a difference to people and country.

Now in 2022, we can look back at many years of implementing some great initiatives and making some important changes and progress in many sectors that have benefited the Ugandan Diaspora, have opened new doors to the business community, and have contributed to the growth of Uganda on many levels.

I am also particularly honoured that many distinguished guests, businesses and organisations have this year joined the Convention to enrich it with their knowledge, expertise and eagerness to contribute to the growth of Uganda and East Africa at large.

I thank each and every one of you for being part of a dream that was born many years ago and that today bears wonderful fruit.