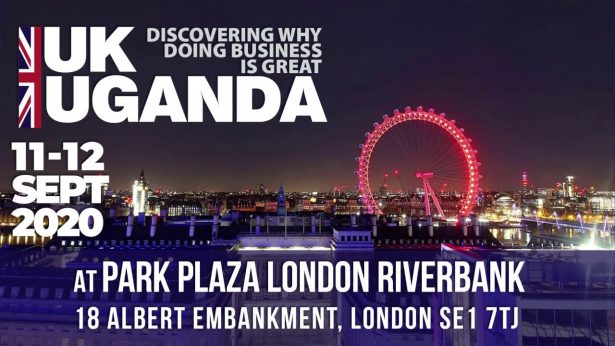 This year’s theme is “leveraging Uganda’s Investment Potential” which will take place on:

Uganda has been consistently drawing the highest FDI in East Africa, attracting between $250 – 300 million in FDI annually between 2010 and 2016 – largely due to its stable and consistent macro-economic policies, liberalized business environment, proximity as a logistics hub within the Great Lakes region and increased regional trade. British investors were particularly active, with 10 project commitments, followed by Dutch companies.

The forum brings together experts, high profile business and government delegates from Uganda and UK, business leaders, Ugandans in the Diaspora, professionals and representatives from prominent organisations based in Uganda, the UK and beyond. Delegates have access to up-to-date information on the vast potential for investment that Uganda offers to both the domestic and international community. They can acquire business tips, obtain relevant literature on priority sectors for investment, take part in an interactive Q & A session and hear about the realities of doing business in Uganda.

The delegates also have a chance to a one on one with a dedicated team from a One Stop Centre (OSC) to answer questions from business registration, tax advice and registration, immigration and work permit issues, land acquisition and verification, as well as environmental compliance, approvals and licensing.

The 2013 Index of Economic Freedom ranked Uganda, the 8th freest economy out of the 46 Sub-Saharan Africa countries. The business operating environment allows the full repatriation of profits after payment of mandatory taxes as well as 100% foreign ownership of private investments. The incentive regime is structurally embedded in the country’s tax laws making them non-discriminatory and accessible to both domestic and foreign investment depending on the sector and level of investment.

A potential investor considering investing in Uganda, will find a well-regulated highly liberalized economy in which all sectors are open for investment with a free movement of capital to and from the country.

“Britain’s reputation – the goods and services offered by British businesses are often, if not always, considered superior to those of its competitors. It is seen to have a quality, akin to a Kitemark Standard, that others simply don’t match. Uganda Government is very keen on the involvement of British project management whilst other countries can offer cheap labour.