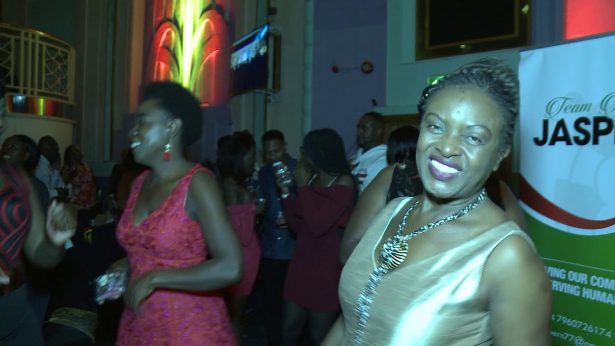 The 2018 Uganda Convention – UK was a huge success, attended by hundreds of Ugandans and friends of Uganda mainly living in the United Kingdom. The After Party held at the Troxy in London provided Convention attendees with a climax of nostalgic music performed by Uganda’s legends. The Uganda Convention after parties celebrate cultural diversity and provide attendees with much needed opportunity to unwind and network. This year’s After party theme was a promoting community cohesion which helps to preserve Uganda’s cultural traditions.

Among the headliners this year was Shafique Walukagga performing under stage name FIK Fameica preceded Afrigo and brought down the arena with his hits like “my property and Kutama”, the most popular artists in Uganda proved he is not only one of the best rising artists in the country but he is gifted with a unique skill that electrifies and rocks huge arenas.

Soon after his performance it was time for the legends — Afrigo Band joined the stage amid jubilation by their loyal fans who had waited for the Edongo Semadongo to start.

The event organizer Willy Mutenza then went on to tell his audience that he had decided to bring back Afrigo Band for the third time due to the overwhelming demand of Afrigo music by the Ugandans in UK. He further thanked his audience for their continued support as this year they managed to sell out the arena showing that Afrigo is not only a household name but a group that celebrates Uganda’s diversity and transcends generations.