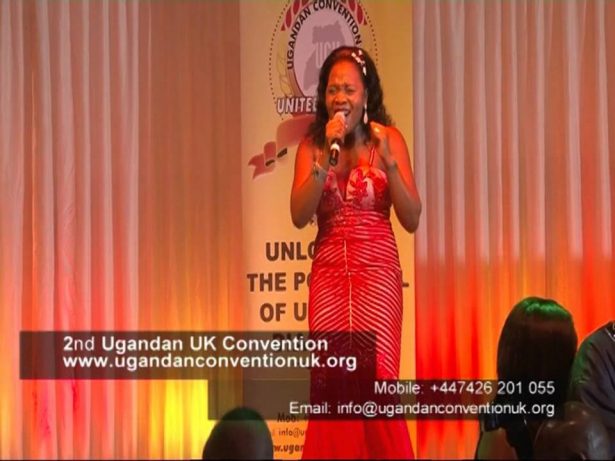 Probably she is the most talented Ugandan gospel artist of our age. Imagine this song on your wedding, such a talent…

Judith Babirye is an amazing renowned musician, song writer and Book Author with numerous Musical accolades. She started her music career way back in her high school days in 1992 when she composed the Ndejje Secondary School Anthem in a highly competitive musical festival in which all students were tasked to compose an anthem which would turn out to be the school Anthem. For this she was awarded a one year Bursary and she later repeated it in 1996 while pursuing her Uganda Advanced Certificate of Education at Iganga Secondary School when she composed the school Anthem and both Anthems are still being sung to this day.

There after she joined Makerere University Kampala, Uganda-East Africa where she graduated with a bachelors degree (Honors) in Tourism in 2001 and that same year she released her debut album “Wambatira” which was equally very good even though it did not get much publicity, and since then her musical career has been moving from glory to glory with cross cutting monster hits such as Beera Nange, Omusaayi Gwa Yesu, Nzijukira, Yesu Asobola, Omuliro, Number One, Eno Mbaga, Wanjagala, Maama etc..

Her music relates to life experiences common to all mankind and celebrates her relationship with God in a way that has universal appeal. On 7th March 2012, together with four other women, Judith was recognised at the inaugural Warid Women of Substance Awards 2012, at Theatre La Bonita where she scooped an accolade in the entertainment category. Other winners included Lady Justice Julia Sebutinde (International Court of Justice) for outstanding international service; national rally champion Susan Muwonge (sports), The AIDS Support Organisation (TASO) founder and patron Noerine Kaleeba (social work), and Alice Karugaba (entrepreneurship). Also present was Warid’s CCO Shailendra Naidu who praised these women for their role in transforming society. M/S Rebecca Kadaga; Speaker of Parliament and The Chief Guest of the day, said, “These five women have three things in common… power, courage and resilience.”.