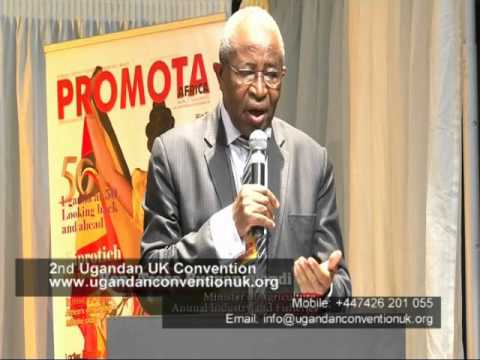 The Minister gives an overview of investment opportunities in the Agriculture and Horticulture sector.

Uganda forms part of the East Africa plateau. Favourable conditions for the cultivation of food and cash crops are found in most areas. Continuous cultivation is carried out where the rainfall is reliable and two to three crops per year are attainable. More than 75% of the land is available for cultivation or pasture. However, large areas are under-utilized. Land tenure systems are a mixture of traditional practices, colonial regulations and post-colonial legislation and vary from region to region. The co-operative network has played an important role in assisting farmers in the past two decades.

Agriculture is the backbone of this nation, employing 70% of the total population. Suffice to say, this country is well placed to become the regional food basket, located in the centre of the 130 million people EAC regional bloc and 400 million people in the COMESA region. This can materialize if we partner with entrepreneurs from the GCC countries to add value to our produce, increase production and employ well-planned marketing strategies. In so doing, we can also provide foodstuffs of the highest quality to the Gulf region. This country therefore, presents a plethora of opportunities for investors and a huge potential for exports worldwide, where we have preferential market access.