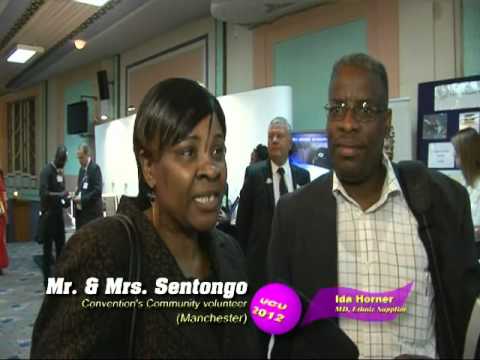 Ugandans flocked the Troxy arena from all over Europe. The convention which gathered many Ugandans and their friends, was also attended by ministers Maria Kiwanuka for finance. Tress Buchanayandi, state for agriculture, Christine Amongin Aporu for Teso region and fisheries’ Ruth Nankabirwa. Others in attendance were Uganda MPs, Uganda’s High Commissioner to London Joan Rwabyomere, Baroness Linda Chalker, Bishop Luwalira of Narnirembe and the director of Northern Uganda Social Action Fund, Dr. Robert Limlim.development of Karamoja,” Mrs. Museveni said and pledged the Government of Uganda’s commitment to support any endeavour towards enhancing the prosperity of Karamoja.
She called upon everybody to join the journey to bring the Karimojong to the same level with the rest of the Ugandans in dignity and prosperity as the country celebrates the Golden Jubilee of Independence.